Are you looking for explainer video examples to inspire one for your brand, company, or service? Then you’ve come to the right place!

We’ve rounded up 26 of the best explainer video examples in different styles to inspire your own creations.

What Is An Explainer Video?

Motion graphics, on the other hand, is timeless and will always be around. What might change are the color schemes and style of design. In some cases, brands use unique an unusual approach to their explainer videos.

Now let’s take a look at our selection of 25 of the most awesome explainer videos, separated into sections for easier browsing.

Thankfully, some animators and designers know how to think out of the box to create amazing explainer videos for their clients. Take a look at our favorites.

First up, 2D animation illustrated explainer videos. Almost every explainer video lately is designed with illustrations. So much so, that most of them look similar to each other. Then there are the unique and special ones, and here are some of them.

The style of this Crazy Egg explainer video is made up of one character interacting with different sections visualizing the content of the voiceover. The scene doesn’t move too much, just enough to keep the viewer’s attention.

The character has a humorous angle and the style has a vintage look.

The explainer video for L’Blend working space is simple with just the minimal frill to its illustration. The animations visualize all the different aspects of the co-working space in fun and interesting animations.

This explainer video is for mobile muster, an initiative to teach people about mobile phone recycling. The 2D line illustration visualizes what a mobile phone is made of with in-and-out interactions in a flat style.

Achieving a 3D look with a 2D illustrated animation isn’t always easy. This explainer video is quite unique in the fact that there’s a sense of depth even if it’s 2D.

The designers created a set of characters to interact in the video which helped make this explainer video unforgettable.

Achieving a 3D look with a 2D illustrated animation isn’t always easy. This explainer video is quite unique in the fact that there’s a sense of depth even if it’s 2D.

The designers created a set of characters to interact in the video which helped make this explainer video unforgettable.

This is a different style of an explainer video. It’s more editorial or journalistic than promotional. The designers were inspired by the 70’s style of illustrations with bright contrasting colors and simple animations.

is a cute and entertaining animation that moves horizontally to the right as the elements jump and down on the screen. There are two versions of the video, one without voiceover that you can watch below, and The Ahrefs explainer video another with voiceover.

This explainer video is a futuristic take on the usual animated linear illustration we see on many explainer videos. The dark background looks great with glowing lines that explain the concept of Build as a Business. The use of gradients is particularly unique and beautiful.

Doctoroo has a cute explainer video in soft muted colors. The characters are designed in the classic illustrated style that is so trendy right now. An explainer video like this always does well with audiences because they make you feel good.

Nevertheless, there are some animated whiteboard explainer videos that we do love.

The National History Museum created this explainer video for their exhibition about 100 years of the human story. The designers used a classic whiteboard style but with a unique take of already drawn elements mixed in.

The whiteboard animated explainer video about Re-Imagining Work is very elaborate. There are plenty of predesigned elements in the animations. But what they have done quite successfully is the texture of the marker over whiteboard.

The live-action hand writes and draws on the board to add details.

One of our personal favorite styles of explainer videos is 3D animation. The difference between 2D and 3D is the depth of field and the type of movement in the video. Keep scrolling below to see some great 3D explainer videos.

The Visme animated explainer video has a brand character that takes you on a trip around its digital environment full of design, creation and human interaction. Our team worked hard to make it happen and we’re really proud of it. You can read more about it here.

The Boostation 3D animation explainer video is fun and vibrant with an isometric style design. A mobile phone screen turns into an animated city with street corners that represent working apps in the device. It’s interesting and cute all at the same time.

Crediflux created a unique animation of wooden balls rolling around on a contraption that selects the best of them and then turns them into digital code. The first part of the 3D animation is very realistic and grabs the eye of the audience very easily.

On a different note, workflow created a 3D animated explainer video with claymation. This is a style that involves characters and elements made of clay, or playdough.

In this case, the action takes place on a real-live desk with cute characters that visualize the story of the brand and what it does.

Using live-action videos or live-action elements mixed with animation is a great way to appeal to a wide audience. These types of explainer videos come in all shapes and sizes, from simple presentation slides that include animation to full-fledged fusion designs.

The 3D explainer video for Vntana is a nice animated mix of 3D designs and live-action videos. Their business is all about optimizing the use of 3D in design so it’s not surprising their explainer video does a great job of incorporating it with some 2D elements to make the 3D visuals stand out.

This explainer video example has a very achievable style to inspire your own. It’s made of slides with video backgrounds and animated elements on top. It’s a very classic approach to animation and it still grabs the viewer’s attention.

Another option for an explainer video is to use a minimal style live-action and animation hybrid. In some cases, the animations can be very elaborate but in this case, all it needs is simplicity and clean design.

The live-action video is the main aspect while animation is a complement.

The start of this Zendesk Guide explainer video starts like any other animated illustration and then it switches to live-action seamlessly.

It doesn’t surprise that animated elements start to show up in between fish in a fish tank, goldfish cookies and a person dressed as a shark.

Similar to the video above, Move Guides uses a seamless combination of live-action videos and animated elements. In this case, the animations are layered above the video but also look like they are part of the video.

This Slack explainer video starts with a clip of the CEO and founder talking about how channels in Slack can replace email. Then it moves to simple animations to visualize what email is missing and how Slack can fix it.

The last two examples are from the industrial sector. These are usually a bit different to other types of businesses because they need to show processes and actual products. Designers recreate the products into animated elements to make the video more attractive.

In the explainer video for GE Digital, motion graphics combine with animated elements. This explainer video does a good job of visualizing what could potentially be a dry topic.

Last but not least, there’s always the unique and unusual explainer videos that stand out from all the rest. Here are three explainer video examples that don’t fit in any of the above categories while also fitting into all of them.

Mixing motion graphics, 2D and 3D animation all in one video isn’t always easy to achieve. This video for Gogoro mixes all three while maintaining the same color scheme, speed, and personality seamlessly.

26. How Does Sunscreen Work?

Less of an explainer video for a company, but more of an educational explainer video. With a fun and creative outlook, this video breaks all the right rules and is interesting to watch.

Hopefully, this list of explainer videos has sparked some curiosity to look for more videos. Or maybe to make your own explainer video. We chose 26 of our favorite videos but if you go to Behance.com and enter “explainer video” in the search bar you’ll find even more.

For more inspiration, go to YouTube and search for explainer videos there. You will find some great ones and not so great ones. Some you might have already seen on this list on even on social media.

When an explainer video is good, it makes a good impression and is shared on social media. In some cases, TV commercials are created like explainer videos. Hence why we know these types of videos work! 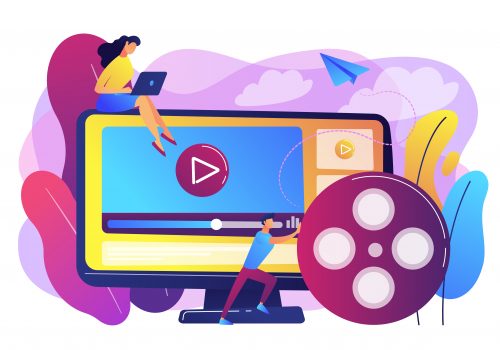 Video marketing: why it should be the core of your strategy?

Video marketing is significantly becoming the must-have element of any marketing campaign. It appears from promotion campaigns, product education to regular engagement content. And, that is not the limit of...
See more The company was founded by Stuart Logan. Their target customers are individuals or businesses of any size in need of finding creative professionals to complete projects. A lot of businesses...
See more 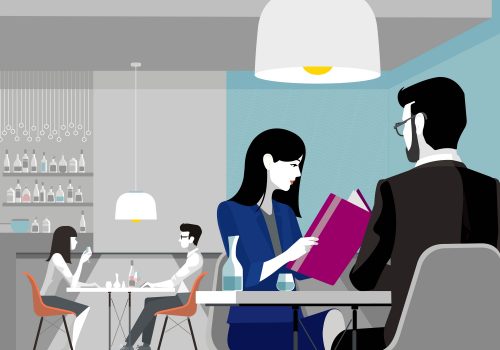 Have you ever been the lone warrior trying to build a design team in a huge marketing organization? Have you struggled to explain why design matters so much to the...
See more 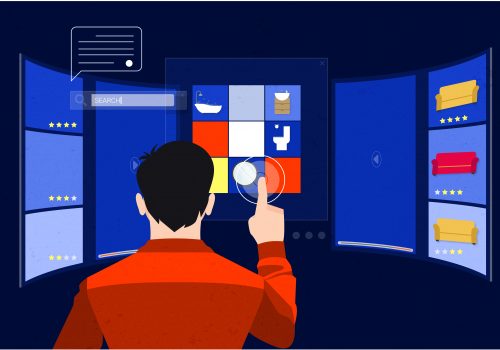